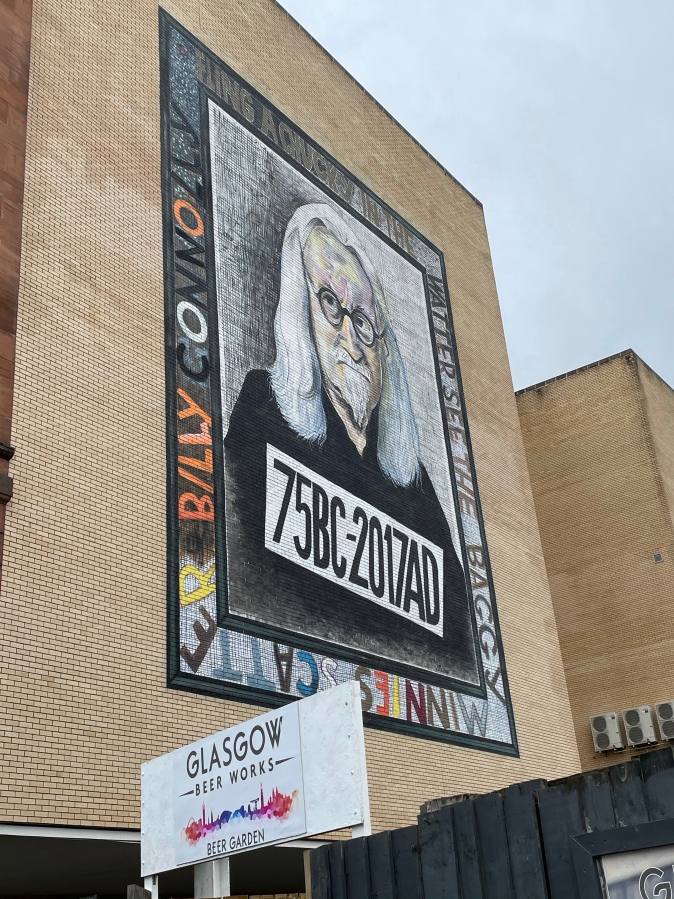 Soon, it is rumoured, this hell will be over and we will be able to go into a pub and drink beer. Let’s face it this outdoor drinking lark is rubbish, and almost certainly pointless.

My last three attempts have involved attempting to shelter from hail, high winds, driving rain and bitter cold. Often at the same time. Going to the toilet for ten minutes on the hand dryer has been the highlight.

Last week three of us went to a pop up pub, Glasgow Beer Works, progeny of what was Merchant City Brewing. It’s a soggy gap site in the heart of Glasgow, and the friendly staff squeezed us in under a marquee.

There were two beers – an APA and an IPA – neither cask-conditioned but palatable enough even at a hefty £5 a pint. The tacos was cheaper and tasty. I ordered one tres leches cake but got three.

Later we went on to Babbity Bowster’s, a Good Beer Guide regular, for some superb Jarl and outside heaters. Heaters I tell you.

Two days later Dr John drove me to distant Lincolnshire for a match at Crowle. Spectators were permitted because it was on public land, but wouldn’t have been had it been on private land (don’t ask). Conditions turned out as bad as forecast.

And were even worse on the way.

So it was no surprise when our first target, the Cherry Tree at Horbury, decided not to open. But the wonderful Miner’s Rest at Barnsley was made of sterner stuff.

Seating was under a wooden enclosure overlooking a bowling green. This group of Barnsley fans asked what we were doing and, on finding out, whether we were heading to the Dodworth Tap.

“Will it be open?” I asked, whereupon one phoned them and told them to expect us in ten minutes. If I lived in Barnsley this would be a pub I would go back to time and again. The Ghost Ship was in perfect condition but there was no sign of Jack and Betty. A proper community local that is welcoming to all.

The Dodworth Tap had been modernised at considerable expense. It had an enormous fireplace, solid outdoor seating and two excellent beers from Nailmaker’s.

Moving on and, as the weather worsened, I didn’t have high hopes that Cusworth Hall would be open. Misleadingly listed in the Good Beer Guide under Doncaster, it’s a courtyard bar in the grounds of a country hall, several miles out of town. My attempt to see what was on tap was not appreciated. None of their own beers were on so an ok Bowland Boxer Blond it was. Many small breweries haven’t resumed brewing yet.

Our final pre-match stop was the Station Hotel, Blaxton. This was rammed and the harassed table server forgot our order so I had to go in and prompt as kick off was fast approaching. Was it worth the wait for a glass of mostly foam? No time to ask for it to changed though, as Crowle beckoned.

Since you are dying to know, Crowle Colts drew 2-2 with AFC Bentley in an entertaining contest. Now that was worth ten hours on the road.

8 thoughts on “I never promised you a dry garden”