It’s taken many years but I finally won a part in a competition to play an extra in an episode ofthe British Real Ale Pub Adventure. No expenses were paid. Indeed these days you have to pay for the privilege. I had to stump up a year’s subscription to Caravanning magazine; an away season ticket for Hull City Tigers; three Brillo pads; and six packets of Werther’s Originals.

Of course it was only a small part and the star himself has no recollection of me brushing against his non-existent sleeve and asking for his autograph. Meanwhile he and the legendary Tom (pictured above) posed for their adoring public.

To calm my nerves I had earlier gone to Cleethorpes, which is a well known antidote to a variety of nervous conditions.

Message in a Bottle is a (very good) bottle shop that opens a bar at weekends. I was sceptical given the limited availability of draught beer but it had two on including Tiny Rebel’s divine 5.2% Stay Puft. It was even the salted caramel variant.

Grimsby Town were at home to Forest Green Rovers so a good number of home fans were quaffing in what is essentially an outdoor area with a roof. Wrap up if you go. 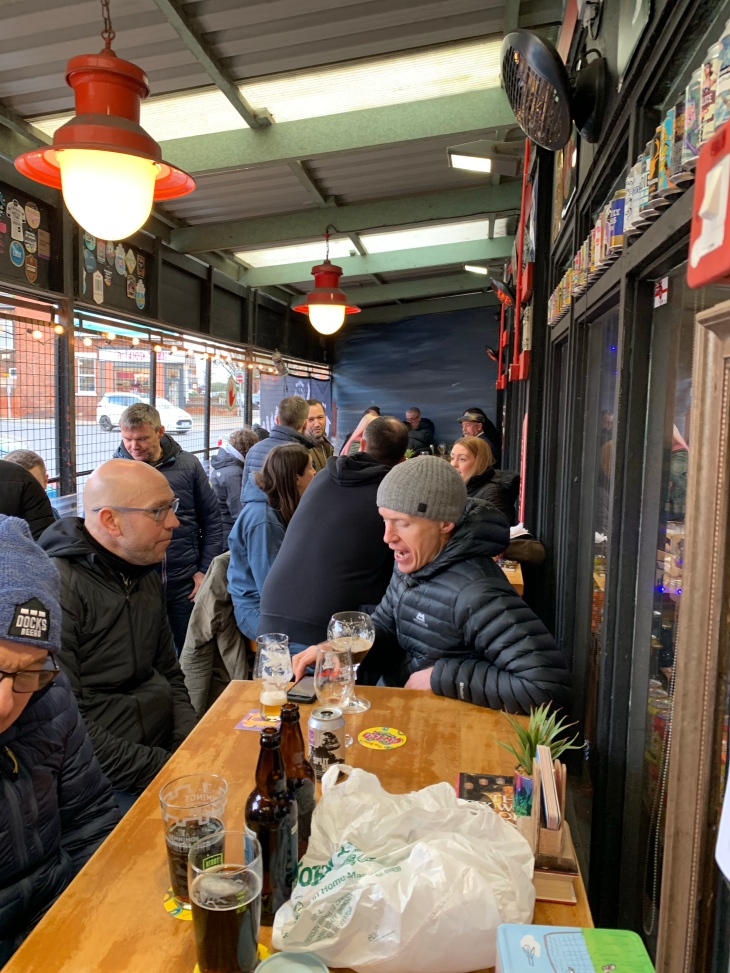 I diverted to Cleethorpes Town instead.

Then Madame Luna and I went to play our part, set in slightly less than glamorous Barton-on-Humber. The episode was cleverly set in the White Swan, which was staging a ‘birthday party’ for BRAPA regular Christine. It had an amusing script that required our hero to eat curry using only his hands.

We had non speaking parts but afterwards Simon asked if we could wheel him to the Wheatsheaf “for a tick”. Tom had gone home so Chris, his dad, stepped in. Madame Luna found a salty old sea dog to sit with and Chris recounted a famous Billy Connolly joke.

“All I’ve got is a pair of buttocks and a capital P” wailed Si on our way back to the White Swan. Which was more than enough for his kindly, signature style novella length account of the same day.

2 thoughts on “My Brief Career as a BRAPA Extra”