“What’s with all the foreign beer posts?” asks a disgruntled Len O’Phobe (who favours Stella and Budweiser himself). Well it’s partly to do with fast running out of new Good Beer Guide pubs to visit until the next edition, though I should have some to report in the near future; but also a simple reflection of recent experiences.

Plus it’s an excuse to post pictures of shop windows in Catania.

Catania is a rather magnificent, edgy city and Mosaik is an equally magnificent neighbourhood beer bar. Despite only opening from 19.00-03.00 every day it also doubles as a tea room. On a Saturday night there were no tea drinkers but it was busy with Sicilians chasing good beer and tourists who had researched where to find it. Some sat on the keykeg seats outside, though clearly not when this picture was taken.

Dorothea and Fabio opened Mosaik four years ago. Fabio was nursing a broken foot after dropping a keg on it.  The night before we visited had been a Vetra brewery tap takeover so most of the beers on were theirs. Vetra are from the north of Italy.  We sampled all their beers and excellent they were too, with the 5% Pacific an absolute stand out.

Somehow we managed to resist going to the Beer and Fun Room:

But we did go here:

First is a bar set off an alleyway in a small square that was once a red light district before being cleared by the Catanian police in 2000. More than ample Sicilian food, German beers on draught and various Italian bottles. A really nice place though my passion fruit flavoured Miss Molly wasn’t my favourite interpretation of an IPA.

This famous Scottish park bench beer featured in all the supermarkets and several bars: 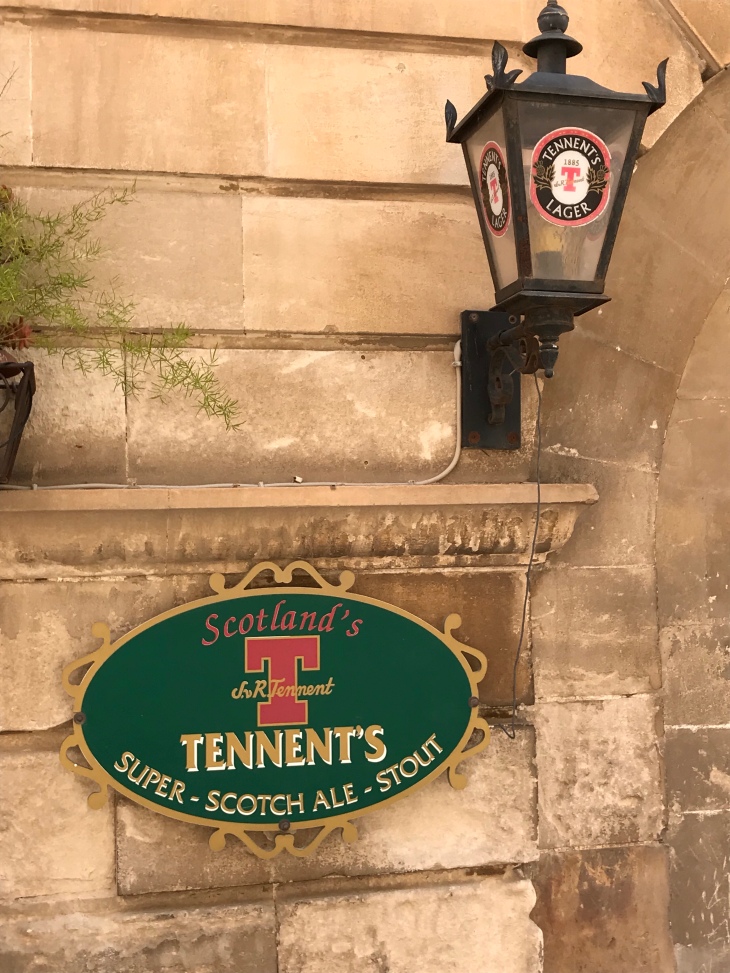 Our base for most of the week was Ragusa, a steep and beautiful city in the south east of the island.

Here Danila and her husband have been running Lucernaio for twenty three years. For most of that time it was an heroic but isolated case of serving interesting quality in the town.

Father-in-law Benny opened with the beer from Yblon. 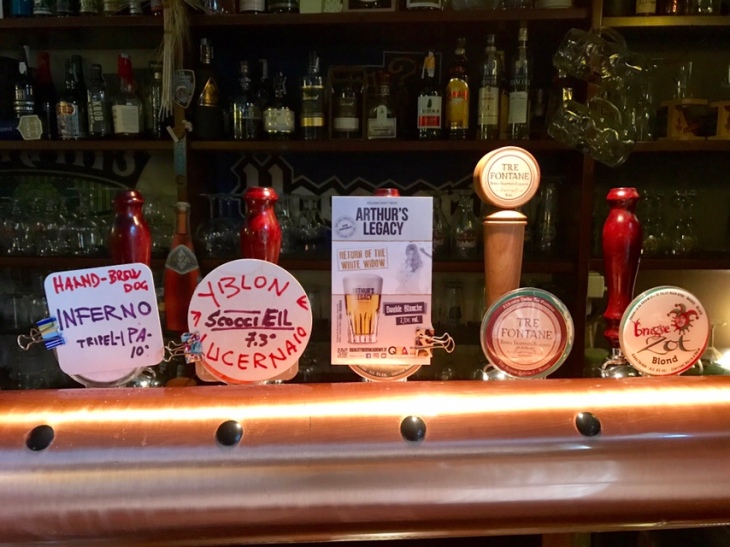 Yblon is a local brewery who brew Lucernaio just for the pub. It is a “Scocci Eil” (Scotch Ale), a 7.3% dark and malty beer in a traditional style that is becoming increasingly unfamiliar in Scotland. At first I found it too cold and carbonated. Benny called for a second one during which time the pleasingly named Mirco (as in anagram of Micro) changed the keg. He said it would taste different and it did – much fresher, more flavoursome and much less carbonated. Do keg beers become noticeably more gassy as they age?

Arthur’s Legacy was a relatively sweet and inoffensive wheat beer whilst Tre Fontane was extraordinary. Italy’s only Trappist beer, it is brewed with eucalyptus leaves, creating a unique aroma and taste.

For serious beerheads, Pat visited the brewery by bus with his family in an act of dedication second only to actually drinking it https://patspints.com/2018/03/09/when-in-rome-visiting-the-worlds-newest-trappist-brewery/

I found it a little challenging but interesting and enjoyable enough to have another. There was a fridge full of beery goodies for those wishing to branch out and an extra mobile tap for busy periods. 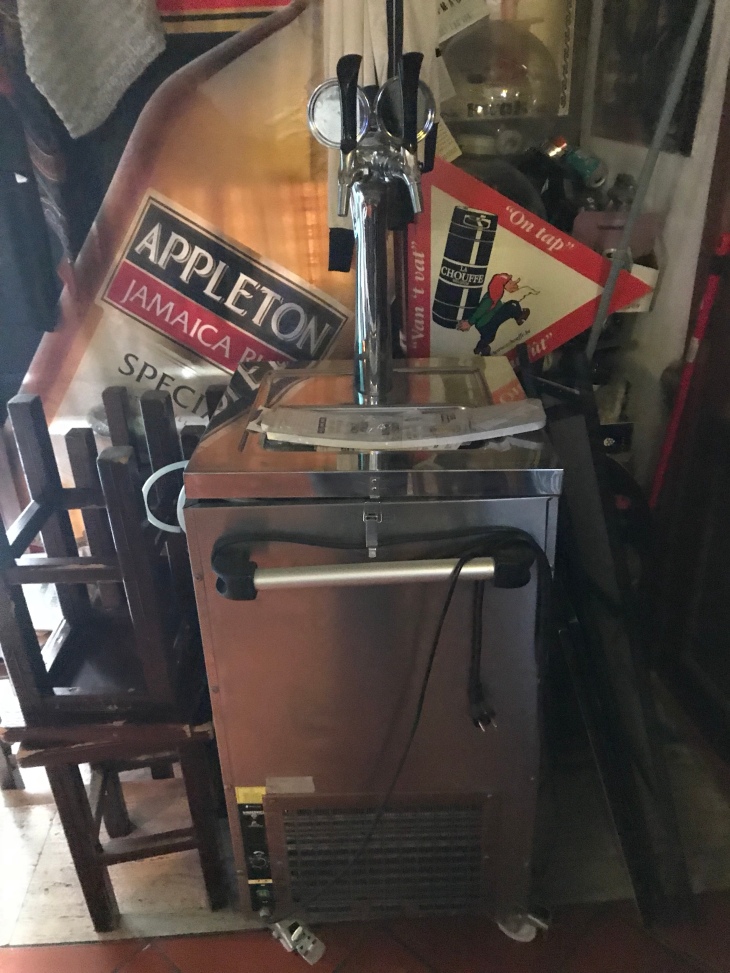 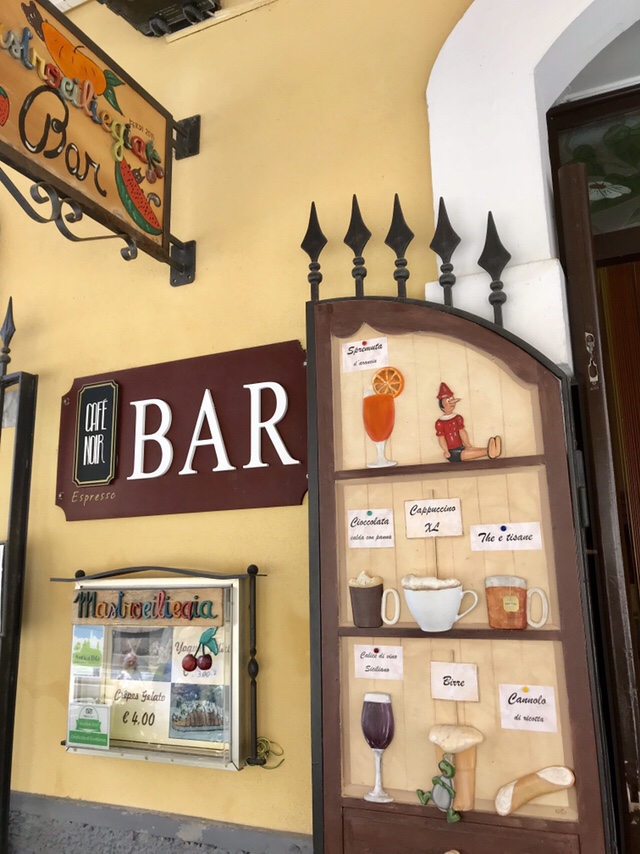 Italy is in the grip of a beer boom, forcing wine to share a seat on the drinking couch of choice. Whilst most new breweries are in the north this trip illustrated that good beer can be found all over the country.